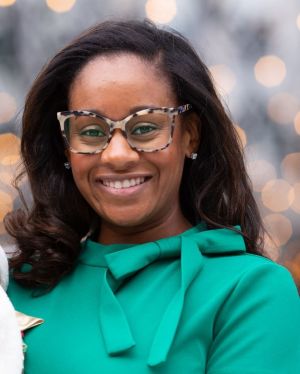 Ariel C. Triplett currently serves as the Director of Emergency Management & Safety for Howard University within the Department of Public Safety. She is responsible for promoting and executing Howard’s preparedness and safety strategy as well as, oversees crisis management and emergency response that details emergency planning; incident monitoring; emergency notification and warning with the Bison SAFE app; training & exercises; disaster preparedness education; special event planning, and continuity of operations planning.

Over the past several years, Ariel has served in a variety of highly impactful leadership roles within the field of Emergency Management and Preparedness in large scale multi-agency exercises, environmental health and safety, and operational functions that effected facilities and public health. Most recently working with all levels of the government and providing executive level communications and preparedness briefings as a Director, she led critical work with the Department of Health and Human Services and training, resources, and specialized plans for safety to For Our Future Action Fund in Washington D.C. with hands-on oversight while interfacing with an extended team located in various parts of the country.

Ariel received her Bachelor’s degree in Biology from Howard University and her Master’s degree in Public Health with a concentration in Bioterrorism and Disease Control from Saint Louis University. She is a proud and accomplished Bison and lifelong supporter of HU.

Professionally Ariel is a part of the National Fire Protection Agency, International Association of Emergency Managers, and the American Public Health Association with various professional certifications in the emergency management and response field. Beyond her role as a leader in emergency management, personally Ariel is a varsity swim coach at Northwestern High School in the Hyattsville neighborhood, and a dedicated member of Alpha Kappa Alpha Sorority Incorporated, where she is active in a local Chapter serving Prince George’s County which is devoted to fulfilling its mission of service to all mankind through scholarship and community service. Ariel has completed several triathlons, loves to travel and shares all of her favorite things with her beautiful daughter, Arden.