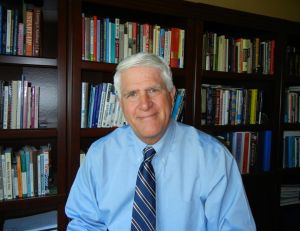 With his significant experience in both private industry and government,  Dr. Kropp founded E.H. Kropp & Associates to serve the coaching and personnel developmental needs for both areas.  His team specializes in the design and implementation of dynamic leadership training, developmental programs, and executive coaching.  E.H. Kropp & Associates demonstrates managerial and leadership excellence through research and analytical skills for education, government, and the private sector.

At the heart of E.H. Kropp & Associates is Ed’s strong commitment to both individual growth and team building through executive coaching, counseling, personal development, and the daily application of leadership principles. Ed also applies business research techniques to his consulting in order to meet his clients’ objectives, and hones his work and research as an adjunct faculty member for the University of Virginia.

Dr. Kropp’s diverse talents include having led Marines in combat as well as organizing and executing major corporate initiatives such as acquisitions, mergers, and realignments. This broad experience has facilitated his focus on what is effective in individual and team development, as well as nurturing open and pragmatic communications throughout the client’s organization.

Prior to forming E.H. Kropp & Associates, Ed enjoyed parallel careers in the United States Marine Corps Reserve where he rose to the rank of Colonel, and also with several major corporations; specifically, AT&T, Science Applications International Corporation, and Bearing Point Consulting. His broad domestic experience includes managing the telecommunications and broadcast services for the International Olympic Committee during the 1996 Olympics in Atlanta. He has developed his strong international business knowledge through managing a worldwide Department of Defense contract for military installations throughout the eastern hemisphere, as well as managing major AT&T projects in Europe and Asia for prominent companies like Toshiba, British Telecom, and Olivetti.

A partial list of current satisfied clients includes the Department of Health and Human Services, Department of Interior, Partnership for Public Service, Department of Homeland Security, General Accounting Office, Defense Finance Accounting Service, as well as several major banks in the Northeast corridor. These organizations are but a few of the clients who have seen the value that an experienced practitioner brings to leadership development, problem-solving and coaching at the executive leadership level.

Ed earned his Doctorate in Educational Leadership from the University of Virginia where he focused his research on cognitive-moral development of prison inmates in correctional settings.  This initial research has led to follow-on studies and volunteer work focused on inmate rehabilitation at several correctional facilities throughout the northeast United States.  He is currently an adjunct professor at the University of Virginia teaching graduate-level courses in project management, technology leadership, organizational change, and risk management. He currently serves as a leadership development coach in the Excellence for Government Fellow’s Program for senior government mangers. Current leadership development and coaching work includes supporting 25-30 individuals each year who have been identified as having Senior Executive Service potential.   He remains in contact with numerous members of previous year’s leadership cohorts who call on him regularly for continuing support.

Dr. Kropp is a retired Marine Corps Colonel (O-6) with combat leadership experience in Vietnam, and Desert Storm.  He has been awarded numerous personal and unit citations for combat actions in both conflicts. Colonel Kropp remains active in retired senior military activities including periodic briefings on military readiness given at the Pentagon.