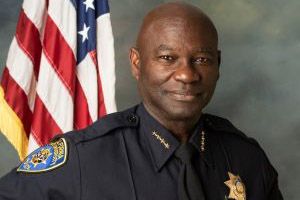 Greg Murphy was appointed Chief of Police for California State University, Northridge, in January 2019. Prior to joining the CSU, he was in the UC system—most recently at UC San Diego, where he was Assistant Chief, and UC Davis, which he joined in 2003 as a lieutenant. His law enforcement career began in 1993 with the Los Angeles Police Department, where he held the ranks of a police officer and sergeant-2. Throughout his career, Greg has worked a variety of assignments from patrol officer, academy instructor, CRASH, to sergeant in charge of the department-wide use of force review section for LAPD. At UC San Diego PD, Greg served as the operations, administrative, and investigations manager, as well as the K-9, Range, Dispatch, Property/Evidence, and Information Technology manager.

Greg worked for the California Commission on Peace Officer Standards and Training, where he was responsible for training and selection standards compliance for Alameda, Contra Costa, San Francisco, Los Angeles, Imperial, Orange, and San Diego counties. In 2013, Greg was appointed by Governor Gerald Brown as a public member of the California Department of Consumer Affairs, Board of Pharmacy. Greg has been an administration of justice adjunct instructor at Sierra Community College for over 12 years and has taught for National University, the University of Phoenix, and the University of Southern California both in criminal justice and computer information technology. Greg has a master’s degree in Information Technology, a bachelor’s degree in Computer Science, and an associate’s degree in Electronic-Engineering Technology. Greg is a graduate of the Commission on POST’s Master Instructor Development Program, and he oversaw the POST Law Enforcement Officer’s Killed and Assaulted Study from 2010 to 2012.

Greg began his public service career in the United States Air Force. He served from 1985 to 1991 and was a Staff Sergeant specializing in missile electronics and communications.