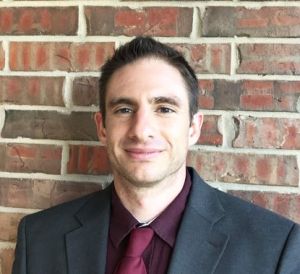 Jesse is a CFP® professional and the current Chief Investment Officer (CIO) for Arrow Investment Management in Oklahoma City, where he specializes in family financial planning and custom portfolio solutions. Building a Registered Investment Advisory (RIA) company that puts people and families first has been a long-term goal of his varied career, and Arrow has been the culmination of those efforts. Jesse is a strong supporter of fee-only practices in his firm and is a member of both NAPFA and the XY Planning Network.

Prior to completing his CFP® designation, Jesse was a tenured professor in energy and geoscience at Midwestern State University in north Texas, where he authored more than ten technical papers. Jesse enjoys applying his experience as an educator and researcher to help his clients solve financial problems and is active in the personal finance community on his blog "Arrow Investment Education" and on twitter (@CarlucciPh). His book "Money Milestones: A twelve-month personal finance journey" has been critically well received and represents his efforts to help younger people navigate their finances.

Jesse received his Ph.D. from the University of Oklahoma in 2012, an M.S. from the University at Buffalo in 2008, and a B.A. from SUNY Binghamton in 2005. He lives in Oklahoma City with his wife, where they enjoy hiking the national parks and telling other people what to do with their money!