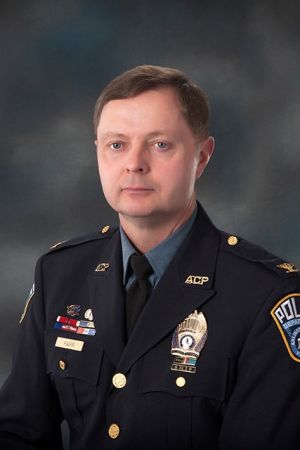 Murray “Jay” Farr was appointed Chief of Police in May 2015 and retired on September 4th, 2020. Before his appointment, Jay served in the Arlington County Police Department (ACPD) for 27 years. He served in various positions, including assignments as Acting Police Chief, Deputy Chief of Police for Systems Management, Operations, and Criminal Investigations. He has also served as Arlington County Acting Deputy County Manager.

Before joining the ACPD in 1990, Jay worked with the Naval Criminal Investigative Service, where he conducted complex criminal investigations concerning fraud against the United States government. Jay is also a U.S. Marine veteran, where he served with the Presidential helicopter unit.

In addition to his law enforcement duties, Jay was a sitting member of the Department of Homeland Security, Science and Technology Advisory Committee, the Washington Council of Governments, the Homeland Security Advisory Committee, and the Chair of the Police Chief’s Sub-Committee. Jay also served as Adjunct Professor, George Mason University, Department of Criminology, Law, and Society, 2004 – 2020.