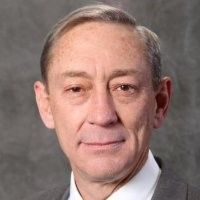 Dr. Tom Bersson is a highly-experienced engineer, university instructor, researcher and contracts professional.  He has extensive experience in the Government (US Navy), industry (Fortune 500 Company) and as a small business owner.

Tom received his B.S. in Civil Engineering from the Virginia Military Institute, his M.S. in Civil Engineering from the University of California at Berkeley, an M.A. in National Security and Strategic Studies from the Naval War College and his PhD in Systems Engineering from the George Washington University.  He is a registered Professional Engineer in the states of California and Virginia, a LEED Accredited Professional, a certified Professional Engineering Manager and a Fellow in the Society of American Military Engineers.  He is a graduate of the University of Michigan Business School Executive Program and the Armed Forces Staff College.  He is an active or recent member of the American Society of Civil Engineers, the Society of American Military Engineers, the Hampton Roads Green Building Council, the International Council on Systems Engineers, the American Society for Engineering Management, the National Contract Management Association, and the Geothermal Resources Council.  Additionally, he has an appointment as an Adjunct Professor with the University of Virginia and the George Washington University in the School of Engineering and Applied Science. He was formerly an adjunct professor with Old Dominion University in the Strome College of Business. He was selected by the George Washington University to serve on the President’s Council on Diversity and Inclusion.

He served almost 30 years as an officer in the Navy Civil Engineer Corps and retired as a Captain.  His assignments included vice commander, Naval Facilities Engineering Command Atlantic, vice commander, Naval Facilities Engineering Command Pacific, commanding officer, Engineering Field Activity Midwest, and commanding officer, Navy Public Works Center Great Lakes.  In these jobs, he was responsible for capital improvements, utilities and energy, environmental and asset management programs for the Navy across the United States and overseas. These responsibilities included acquisition, procurement, contracting and contracting oversight. While on active duty, he qualified as a Seabee Combat Warfare Specialist, was a member of the Acquisition Professional Community and held an unlimited warrant as a contracting officer for the United States