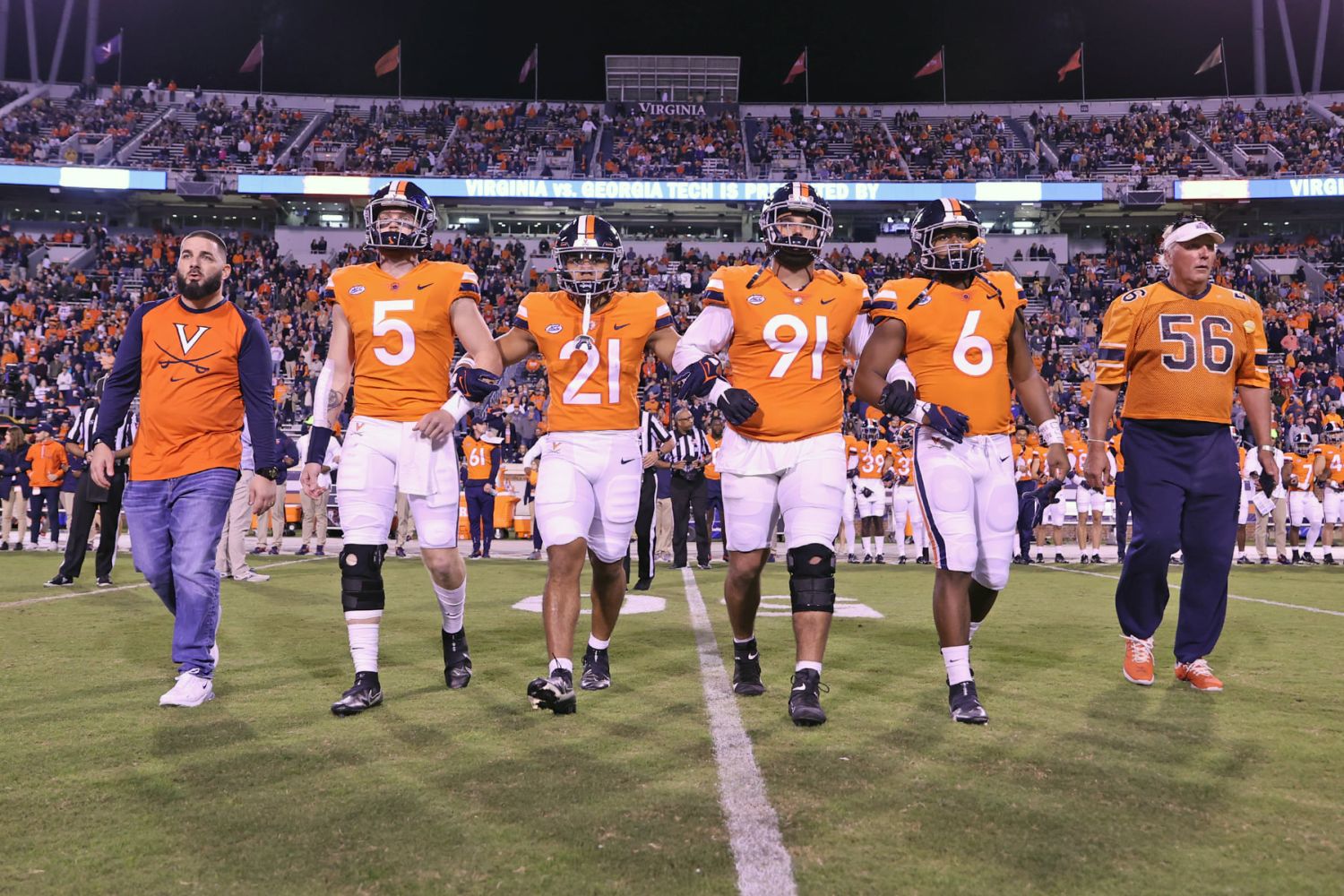 Last Saturday, before the University of Virginia’s home football game against Georgia Tech, Joseph Haught was a little jittery.

Haught, a 12-year Army veteran who is now a student in the Bachelor of Interdisciplinary Studies program in UVA’s School of Continuing and Professional Studies, wasn’t just there as a fan – he was about to rush onto the field through the tunnel, leading the UVA team in front of thousands of people, then walk to midfield for the pre-game coin toss alongside the team captains.

“I was nervous, I thought about canceling, but I’m really glad I did it,” he said this week. “You’ve got to just take deep breaths and soak the moment in and try to enjoy it.”

Haught, who is in his first semester in the BIS program, was invited to carry the flag as the team rushed the field because of his status as a veteran and student. Haught is a combat veteran who served two deployments to Iraq and one to Guantanamo Bay, Cuba, before leaving the service in 2012.

He grew up in Charlottesville and joined the Army after graduating from high school.

“A few years after I got out of the military, I decided to further my education,” he said. “I went to Piedmont Community College and obtained my associate’s degree. Then I started at UVA this semester.” 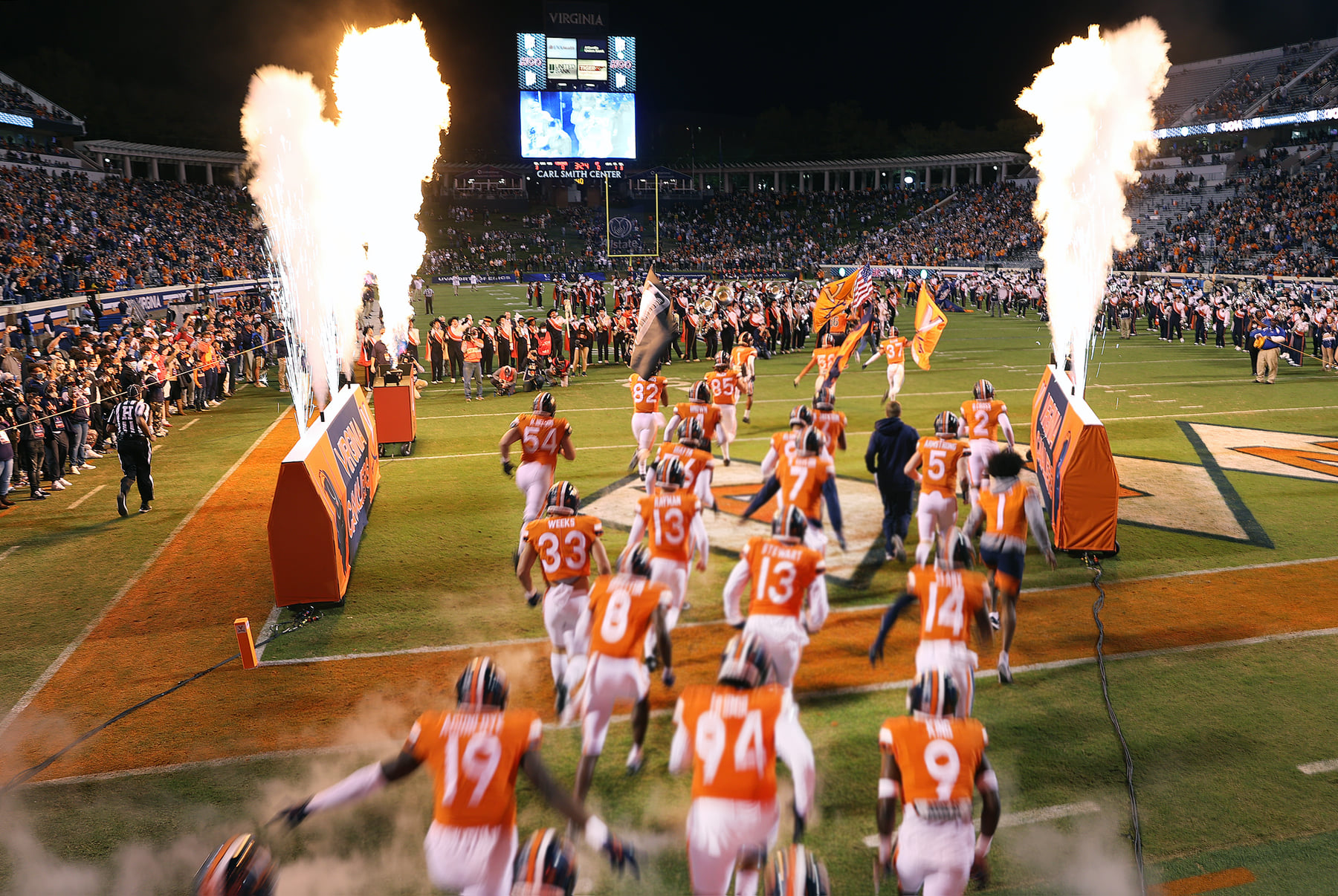 You can spot UVA SCPS student Joe Haught at the very front of the team in this photo, carrying the American flag. He's also at the top of the page at left during the coin toss. (Photos by Matt Riley, UVA Athletics)
Blue Background
Off

The Bachelor of Interdisciplinary Studies program is a part-time, online degree completion program that’s designed for working adults. Many students in the program are balancing work and family life while they take classes.

Haught is taking a concentration in early childhood development, with the thought of one day becoming an educator.

“I had always wanted to go to UVA, and I honestly didn’t know that there was an adult learner program like this,” he said. “I thought this program would be beneficial to my schedule and family and bring a good balance to everything.” 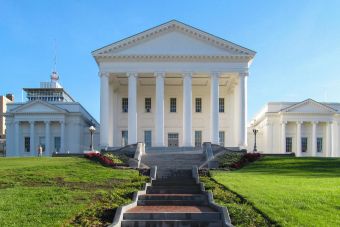 For This UVA Student, the General Assembly Session Is a Whirlwind

Meet the man at the center of Virginia’s senate page program, which brings young people from all over Virginia to Richmond for the legislative session.
For This UVA Student, the General Assembly Session Is a Whirlwind 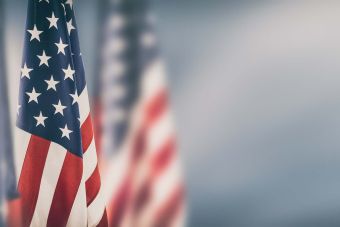 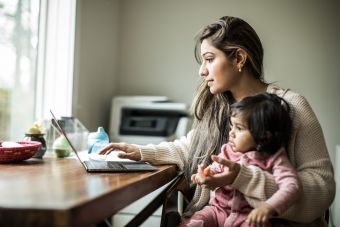